The NewTech'22 Congress is composed of 4 conferences 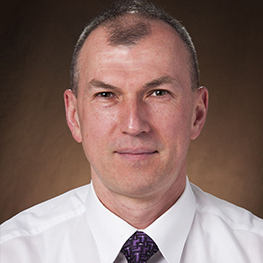 Andriy Voronov is a Professor of Coatings and Polymeric Materials Department at North Dakota State University in Fargo, ND, USA. Before joining NDSU in November 2007 as a tenure-track Assistant Professor, he held a research position at the Institute of Particle Technology, University of Erlangen-Nuremberg in Erlangen, Germany (2003-2007). He completed his academic education in the Ukraine, gaining an MS in Chemical Engineering in 1990 and a PhD in Polymer Chemistry from Lviv Polytechnic National University in 1994. He received tenure and promotion to Associate Professor at Coatings and Polymeric Materials in 2013. In May 2018 he was promoted to Full Professor at the same Department. 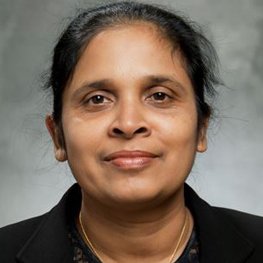 Dr. Chithrani did her bachelor of science at University of Colombo, Sri Lanka. She did a physics major and received a first class honors along with many other awards which includes the gold medal for faculty of science and gold medal for physics. She also received a probationary lecturer position based on her academic excellence. Recognizing her achievements, University of Toronto awarded her a scholarship to do her doctoral studies. During her doctoral studies at the department of Materials science and Engineering, she won many prestigious awards including NSERC, OGS, OGGST, and university of Toronto open scholarship. She also received an NSERC-PDF to carry on her postdoctoral work at institute of Biomedical engineering, University of Toronto. Currently, she is the director of the Nanoscience and Technology Development Laboratory at the department of Physics and Astronomy, University of Victoria, Canada. Dr. Chithrani leverages nanotechnology to create innovations that advance the care of cancer patients. She is using gold nanoparticles as a radiation dose enhancer in cancer therapy. This work is featured on the cover of radiation research journal. This paper won the highest impact paper award in 2018 by COMP (Canadian association of Medical physicist). She has also developed three dimensional tumor models to optimize bio-nano interface in cancer therapy. This work is featured on the cover of Nano-Micro Letters. Dr. Chithrani is considered as one of the leaders in the field of nanotechnology and her publications have received over 7500 citations in few years. Dr. Chithrani has earned a strong international reputation for her innovative research through her many review articles, book chapters, and invited presentations. She is an associate editor of many nanotechnology based journals. Her passion is to develop smart nanomaterials to improve exiting cancer therapeutics. She believes that many side effects due to chemotherapy can be reduced by controlled delivery of anticancer drugs using smart nanomaterials.